What is the best way to beat altitude sickness?

No hurling. You can prevent or diminish altitude sickness -which typically occurs above 8000 feet- if you follow this advice:
Rest Up. Get at least two 8 hours nights of sleep, and make sure you are well hydrated before you start; you can also acclimatize by spending 3 days at high altitude.
Don’t race, climb slower than your normal walking pace. If you need to rest after ascending only 20 yards, you are flirting with exhaustion and need to dial it back.
Dig deeper. When your legs turn to stone or you feel nauseous, we suggest pressure breathing: ‘Take a deep breath, then force air out through pursed lips like you are blowing out a candle. Do this 3 to 4 times a minute; vigorous respiration pushes more oxygen from the lungs into the bloodstream.
Hit the bottle. Some studies show that the herbal remedy COCA tea (Inca leaf tea) helps increase red blood cells (drink a lot)
Some drugs that contain acetazolamide (such as Diamox) can prevent or alleviate some forms of altitude sickness, but be aware of side effects such as numbness and frequent urination. See a doctor for prescription and dosage information. 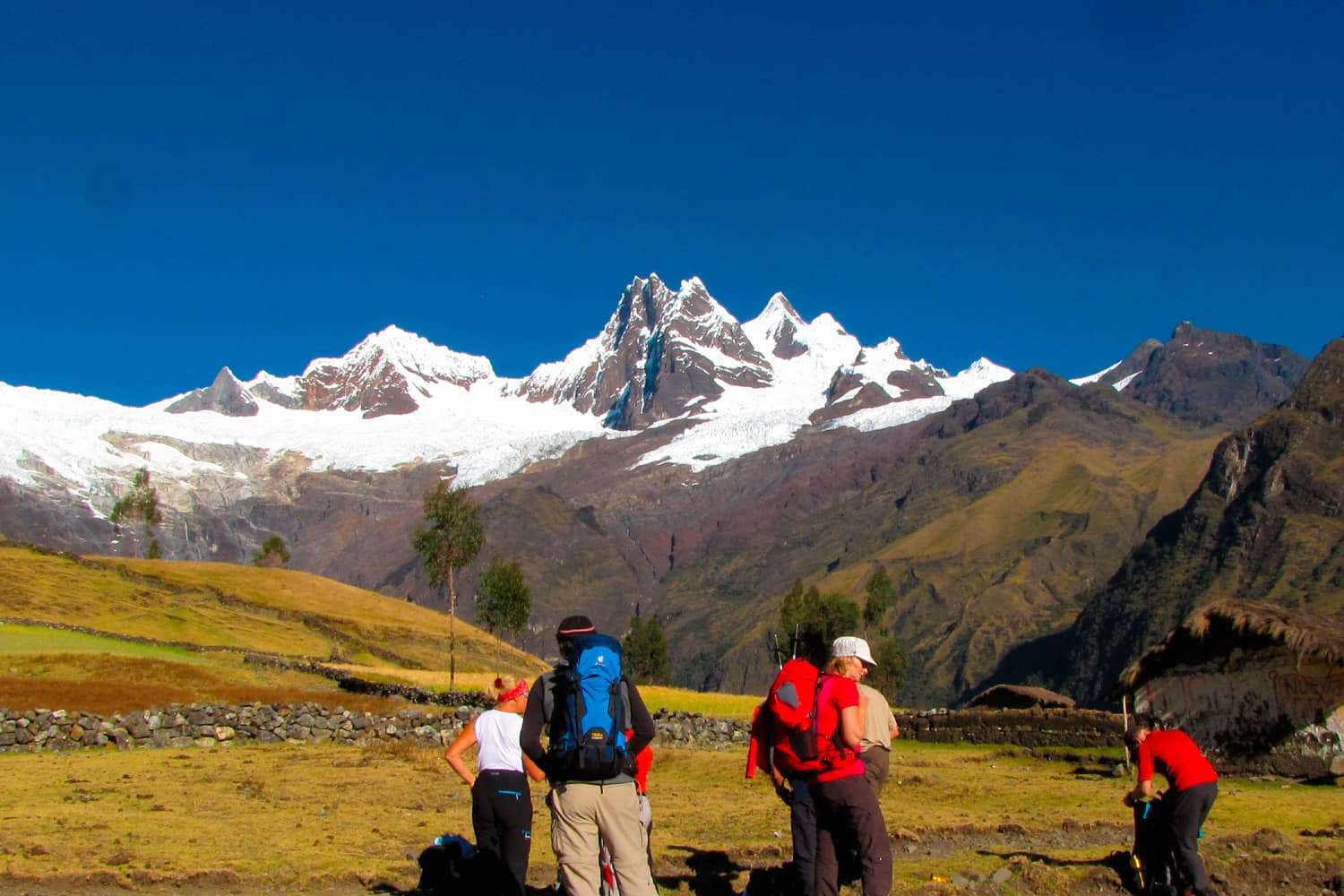 Practically speaking, however, we generally don’t worry much about elevations below 2500 m (8000 ft) since altitude illness rarely occurs lower than this. Acclimatization is the process of the body adjusting to the decreasing availability of oxygen – by increasing the amount of red bloods cells. It is a slow process, taking place over a period of days or even weeks.

Physiologic changes due to altitude: 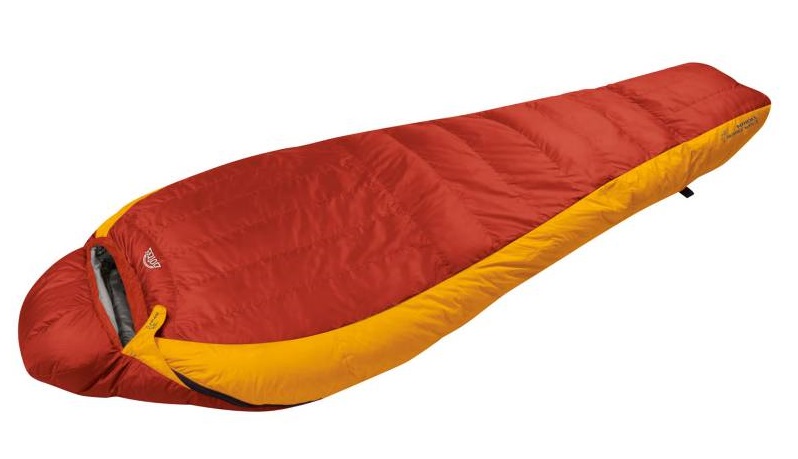 This is the most common of all types of altitude sickness. When acclimatization lags significantly behind ascent, various symptoms occur. Acute Mountain Sickness (AMS) represents the body’s intolerance of the hypoxic (low oxygen) environment at one’s current elevation.
Who can get AMS? Anyone who goes to altitude. It is primarily related to rate of ascent. No way has been found to predict who is likely to get sick at altitude.

First Mountain Rule
(It is O.K to get altitude illness. It is not O.K to die from it.)
Don’t violate this rule! Anybody can get AMS, there is no prevalence based on age, gender, physical fitness, or previous altitude experience. If you know what to do you should be able to avoid the severe, life-threatening forms.

Second Mountain Rule
(*Any illness at altitude is altitude illness until proven otherwise)
Recognizing AMS. In the context of a recent ascent, a headache, with any one or more of the following symptoms above 2500 meters (8000 feet) qualifies you for the diagnosis of AMS:

It is remarkable how many people mistakenly believe that a headache at altitude is “normal” when it is actually AMS. Be willing to admit that you have altitude illness.

How to Avoid AMS?
The key to avoiding AMS is a rational ascent that gives your body time to acclimatize. People acclimatize at different rates, so no absolute statements are possible, but in general, the following recommendations will keep most people from getting AMS:

What to do if you have AMS?
We emphasize: DO NOT ASCEND ANY HIGHER.

Third Mountain Rule
(*Never ascent with symptoms of A.M.S. – It is always OK to descend, you will get better faster). 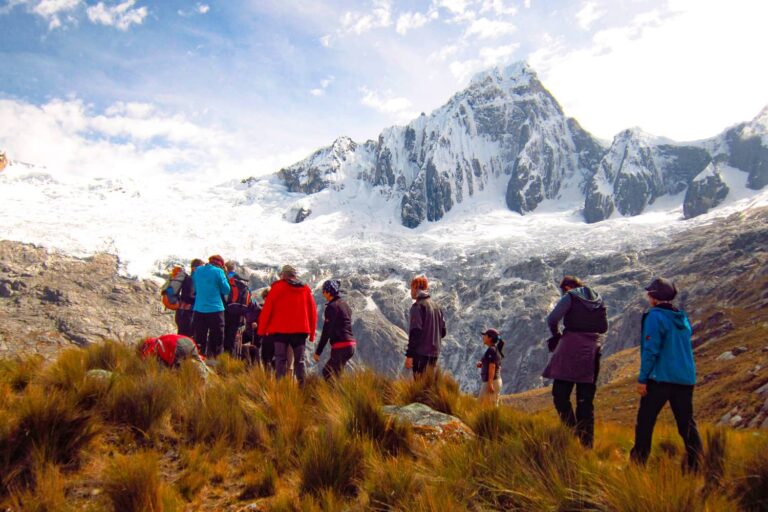 AMS is a spectrum of illness, from mild to life-threatening. At the “severely ill” end of this spectrum is High Altitude Cerebral Edema; this is when the brain swells and ceases to function properly. Obviously, this is a Bad Thing to have happen to you.
HACE, once present, can progress rapidly, and can be fatal in a matter of a few hours. Persons with this illness are often confused, and may not recognize that they are ill.
The main symptom of HACE is a change in the ability to think. There may be confusion, hallucinations, changes in behavior, or lethargy. However, it is probably easier to recognize a characteristic loss of coordination that is called ataxia . This is a staggering walk that is identical to the way a person walks when very intoxicated on alcohol.
To test for this abnormal walk, have the sick person do a straight line walk (in medical speak this is called the “tandem gait test”). Be fair: do this on level ground, take off their backpack, and don’t have them try it in big heavy boots. Draw a straight line on the ground, or have them follow a crack in the teahouse floor. Have them walk along the line, placing one foot immediately in front of the other, so that the heel of the forward foot is right in front of the toes behind. Try this yourself. You should be able to do it without difficulty. If they struggle to stay on the line (the high-wire balancing act), can’t stay on it, or fall down, they fail the test and should be presumed to have HACE .
The treatment is immediate descent. This is of the utmost urgency, and cannot wait until morning (unfortunately, HACE often strikes at night). Delay may be fatal. The moment this is recognized is the moment to start organizing flashlights, helpers, porters, whatever is necessary to get this person down. How far down? At least to the last elevation at which they woke up in the morning with no symptoms of AMS. Bearing in mind that the vast majority of cases of HACE occur in persons who ascend with symptoms of AMS, this is likely to be the elevation the person slept at two nights previous. If you are uncertain, 500-1000 meters descent is a good starting point.
People with HACE usually survive if they descend soon enough and far enough, and usually recover completely. The staggering gait may persist for days after descent. If recovery has been complete, and there are no symptoms, cautious re-ascent is acceptable.

Another form of severe altitude illness is High Altitude Pulmonary Edema, or fluid in the lungs. Though it often occurs with AMS, it is not felt to be related and the classic signs of AMS may be absent. Symptoms of HAPE include any of the following:

The treatment for HAPE is the same as for HACE: immediate descent . As with HACE, it is of the utmost urgency; delay may be fatal. The same rules apply for how far as well: to the last elevation where the victim felt well upon awakening.

HAPE resolves rapidly with descent, and one or two days of rest at a lower elevation may be adequate for complete recovery. As with AMS, once the symptoms have fully resolved, cautious re-ascent is acceptable.

It is common for persons with severe HAPE to then also develop HACE due to the extremely low levels of oxygen in their blood (equivalent to a continued rapid ascent).

Fourth Mountain Rule
(*If you are getting worse, go down at once)
DO NOT WAIT UNTIL TOMORROW MORNING. Descend at least to the elevation where you last felt well when you woke up.

People sick with AMS can get worse, and may need help descending, or may not recognize that they are getting sicker. Little Things to Avoid

Respiratory depression (the slowing down of breathing) can be caused by various medications, and may be a problem at altitude. The following medications can do this, and should never be used by someone who has symptoms of altitude illness (these may be safe in non-ill persons, although this remains controversial):

How to recognize high altitude headaches?

Trekkers always wonder about how to tell if a headache is due to altitude. Altitude headaches are usually nasty, persistent, and frequently there are other symptoms of AMS; they tend to be frontal (but may be anywhere), and may worsen with bending over. However, there are other causes of headaches, and you can try a simple diagnostic/therapeutic test. Dehydration is a common cause of headache at altitude. Drink one litre of fluid, and take some acetaminophen or one of the other analgesics listed above. If the headache TOTALLY resolves (and you have no other symptoms of AMS) it is very unlikely to have been due to AMS.

The main treatment of AMS is rest, fluids, and mild analgesics: acetaminophen (paracetamol), aspirin, or ibuprofen. These medications will not cover up worsening symptoms. Descent is always an option, and recovery will be quite rapid…

Other recommendations to help your body acclimatize are:

Avoid over-exerting yourself when you first arrive (however, some gentle activity during the day is better than sleeping)

We encourage you to contact us if you should have any further questions no matter how trivial they may seem to you. We are pleased to address any and all your questions or concerns. Your safety and complete satisfaction is our sole mission. 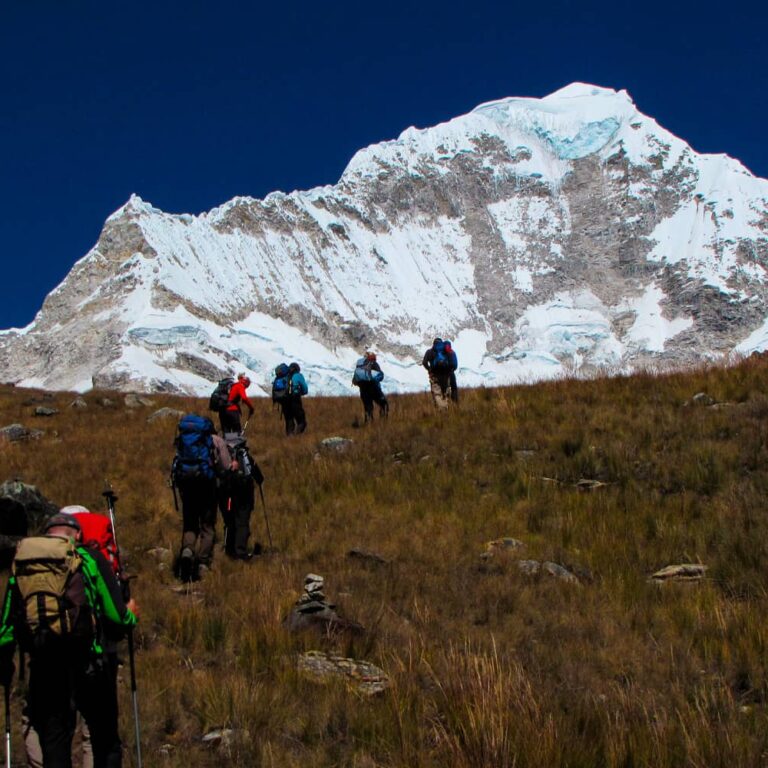 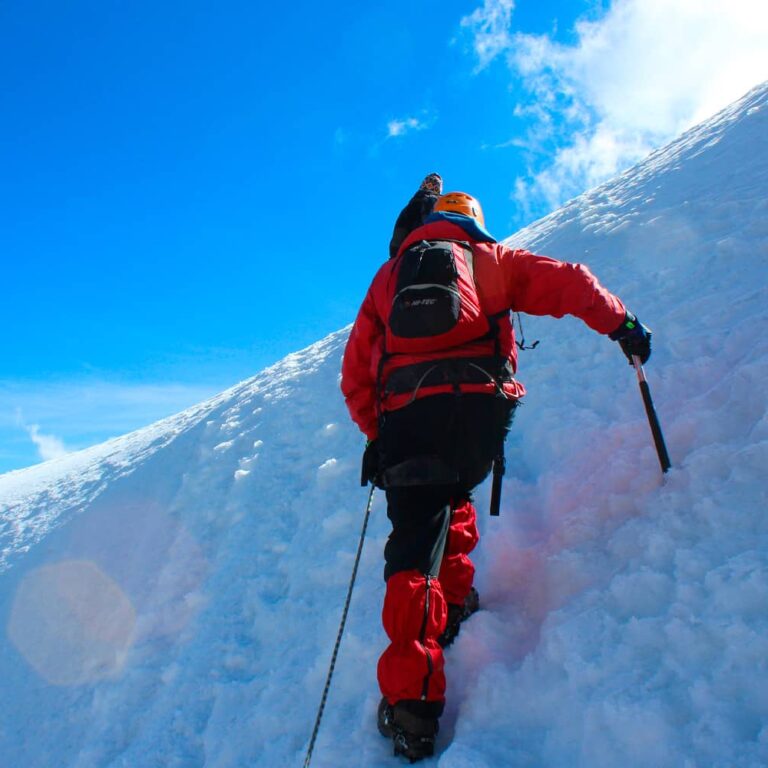 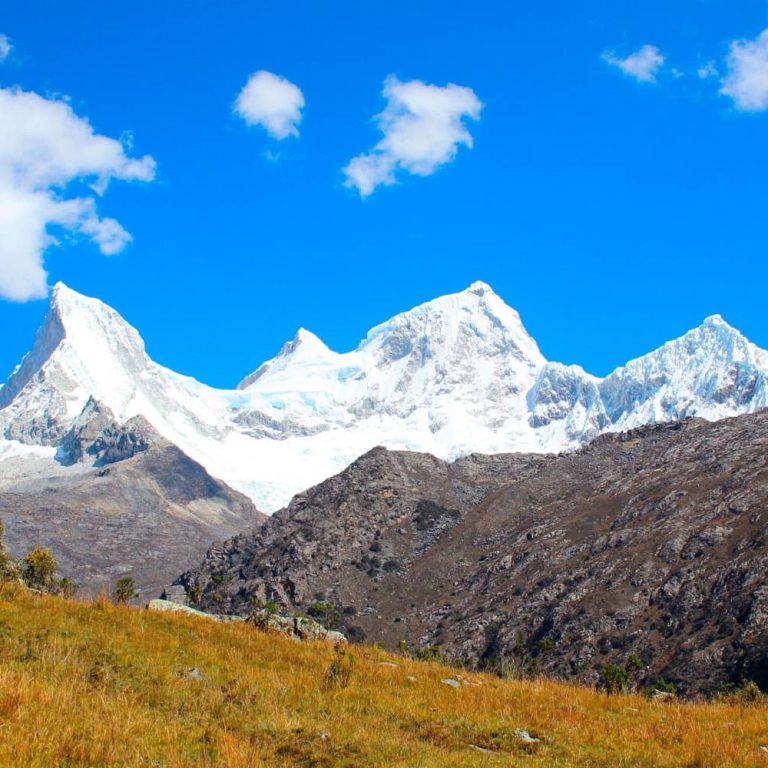 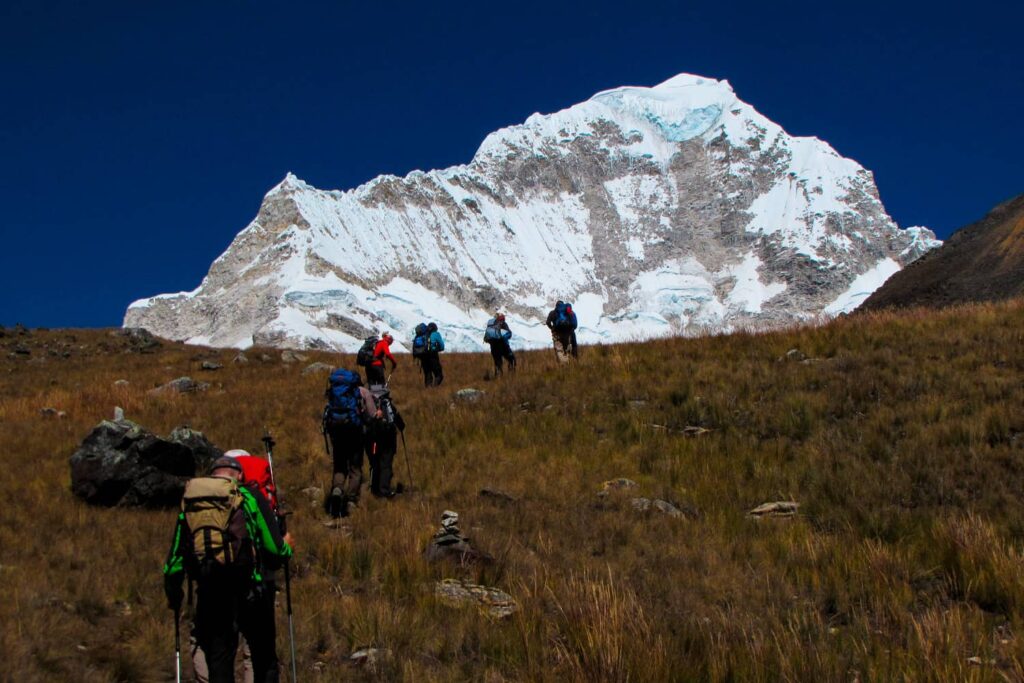 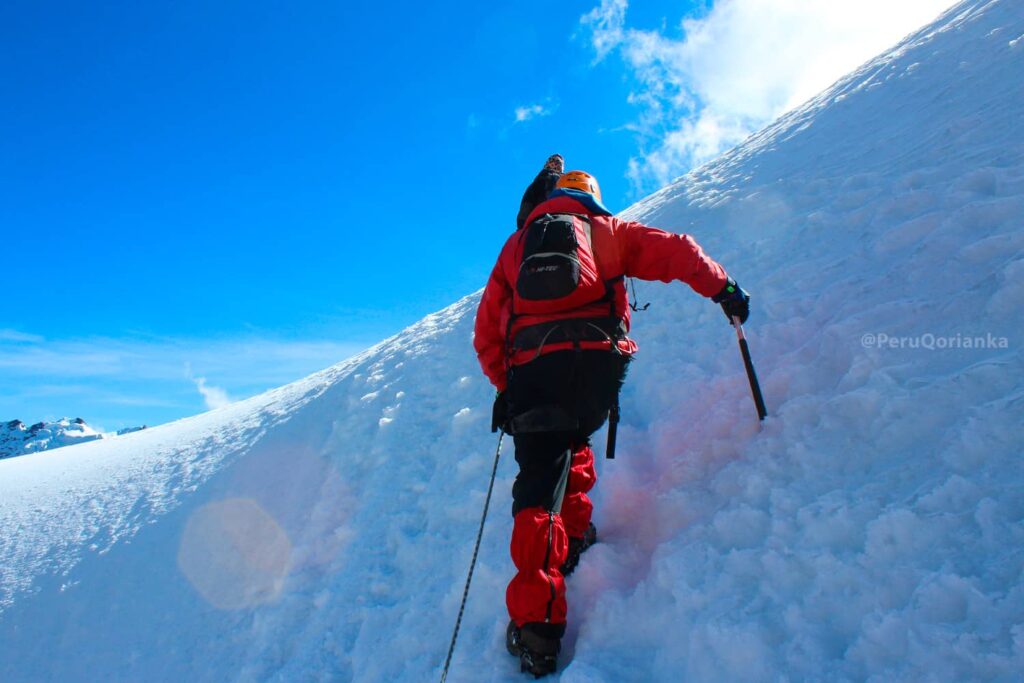 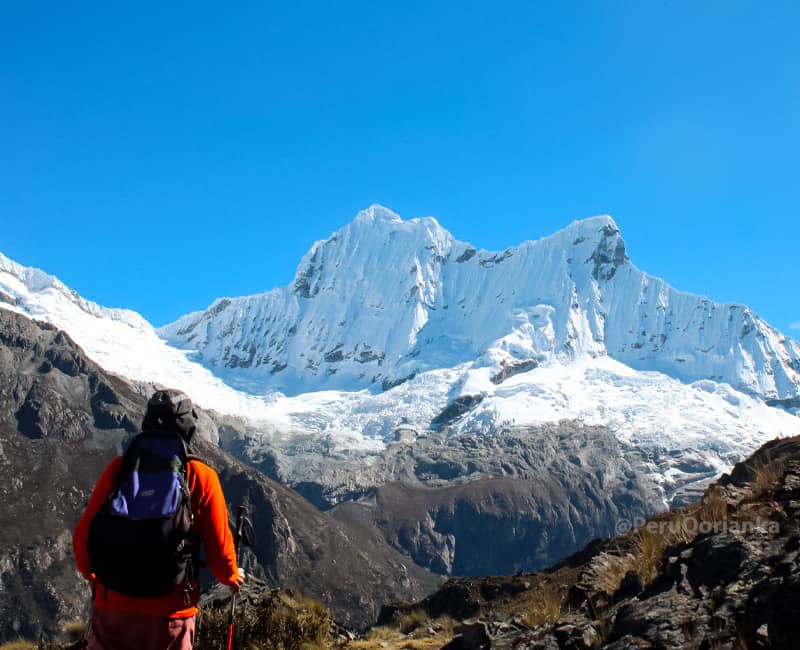 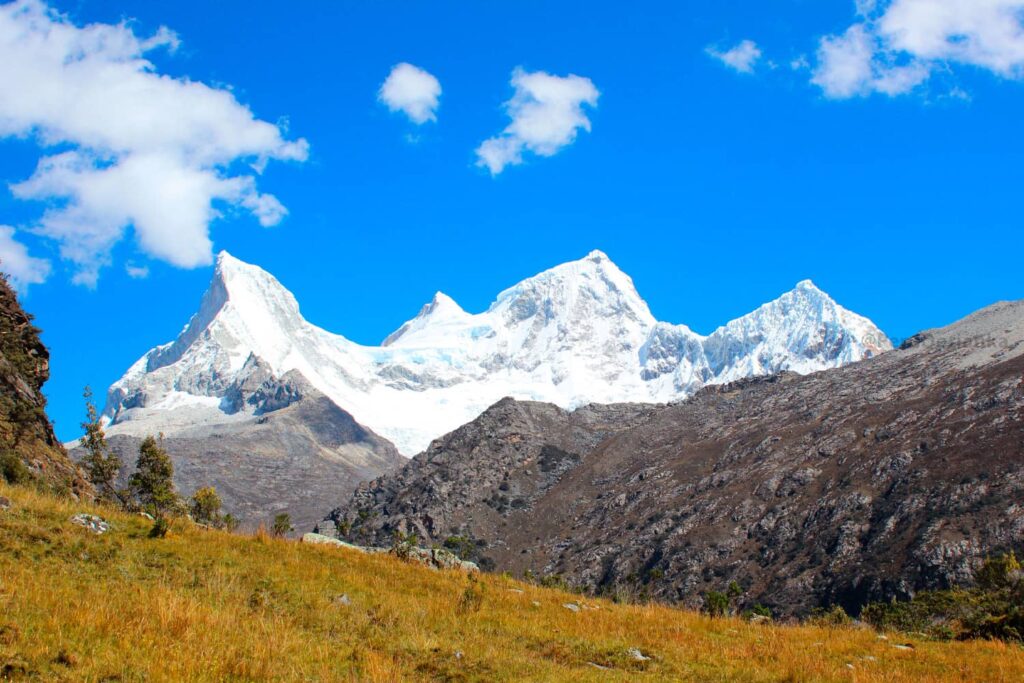